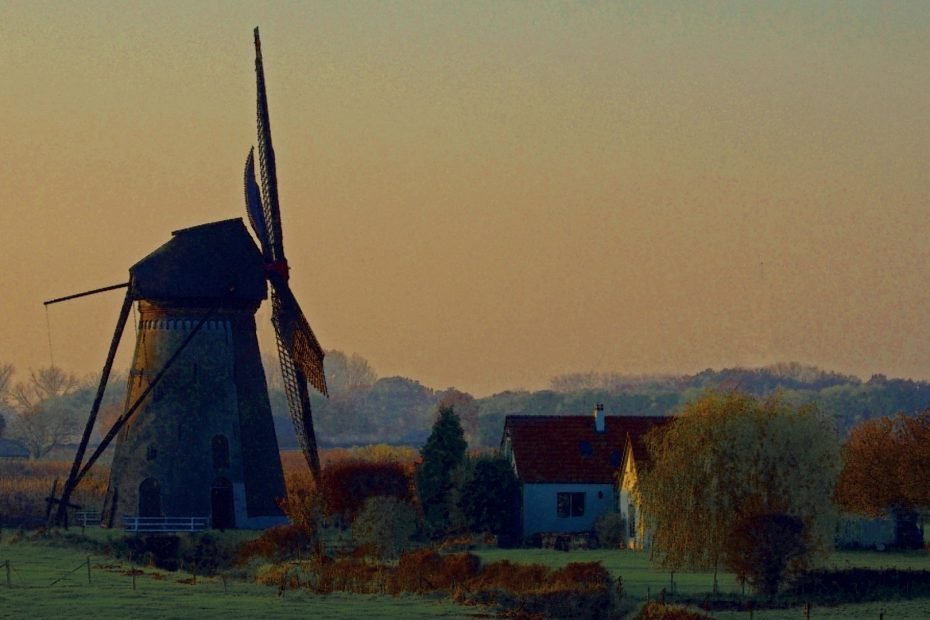 Although there are languages that are about to go extinct like Frisian, Dutch is the official language of the country.

The Netherlands uses GMT+1. In summer the country uses GMT+2.

As the Netherlands is a European country, Euro is used as the currency.

Where is the Netherlands?

The country is located in Western Europe. Its bordering countries are Germany in the north and Belgium in the south.

The Netherlands has spectacular cities that do not sleep and are always in motion. Because of its climate, it rains a lot in the Netherlands so you may want to bring your umbrella with you.

But if you want to spend your vacation in a warm weather, July and August are the ideal months to visit the Netherlands.

Public Transportation in the Netherlands

Taxis, buses and metro are other available options. You can also always rent a car before you arrive at the airport.

Transportation from the Airports to City Center

The distance between Amsterdam Schiphol Airport and the city centre is 17.5 kilometers. As it is a busy airport, there are many options provided for the trips to the city centre. The buses with number 197 offer a relatively economic trip. There are also trains located in the airport that will take you to the city centre.

Eindhoven Airport on the other hand is 8 kilometers away from the city centre. Taxis, trains and buses are the options to get to the centre of Eindhoven. Buses with numbers 400 and 401 constantly ring between the city and the airport.

There is a direct metro line named E which will take you to the city centre from Rotterdam The Hague Airport. Taxis and buses with number 33 are some of the other options.

Places to Visit in the Netherlands

The capital city of the Netherlands, is the beating heart of finance, culture and heritage. Its cosmopolitan structure allows everyone to be captivated by its beauty. Hundreds of museums, magnificent architecture, places to have fun and great attractions form the vibrant soul of the city.

Museumplein is a location filled with many museums such as National Art Gallery Rijksmuseum. It is always awesome to witness the finest works of Van Gogh, Vermeer and Rembrandt. You can also visit the Anne Frank museum.

Vondelpark is a place that looks like it came out from a fairytale. You can sit and have a breather while appreciating this great capital city. Amsterdam features excellent bicycle rides as well.

Eindhoven is basically the forest of the Netherlands. Its green plains and its fresh air do not only renew you but help you relax in your trip. Like the capital city, Eindhoven is also embellished by many museums such as Van Abbe Museum and Phillips Museum.

Eindhoven’s neo-gothic style churches like Saint Catherine Church must be visited. The city’s largest park is Genneper Park and it offers a great landscape and a time to relax.

This rebuilt city was bombed in the Second World War. Although the city saw one of the biggest wars, it was beautifully recreated and embraced a magnificent architecture. The city also offers a glimpse to the past.

Rotterdam is also rich in terms of museums as well. The Netherlands celebrates history through preserving the heritage.

Where to Stay in the Netherlands?

Stationsplein in Eindhoven offers a unique combination of history and comfort. It will be quite refreshing to spend your vacation near the historic sites of the city of Eindhoven.

The Netherlands is quite rich in terms of accommodation alternatives. Five-star hotels, two-star hotels and hostels with fair prices can be found in any place of the country.

If you wish to explore Amsterdam, Haarlem and Leiden feature relatively cheaper prices. But if you want to spend your vacation in a Dutch countryside, you can visit Apeldoorn; a beautiful area with many forests.

What to Eat in the Netherlands?

Apart from the rich cheese culture, the cuisine of the Netherlands also offers various sea products.

A meal that must be tasted by anyone who visits the Netherlands.  (Atlantic Restaurant – Amsterdam)

Shopping in the Netherlands: Best Souvenirs to Buy

It is always a great idea to buy souvenirs from the places you visit for friend and family. Well, the Netherlands continues to feature a wide range in terms of items, presents and souvenirs as well.

Amsterdam is filled with stores that sell custom clogs. These wooden shoes come in many different colours and designs. One of the stores that sell these great souvenirs is De Klompenboer. You can ask them to make a custom clog that has your or your friend’s name on it.

Some of the other things to buy in the Netherlands include;

Things to Know Before Visiting the Netherlands

Nightlife in the Netherlands

The Netherlands features the most enthusiastic nights. Amsterdam is filled with many night clubs, bars and pubs. You can just take a walk around the lively streets in the night or have fun in various clubs.

Holidays in the Netherlands

Festivals in the Netherlands

FAQ About the Netherlands

Holland is the name of the two counties of the Netherlands.

The language barrier is not a problem because English is often used among the Dutch.

Accommodation in Amsterdam will be the biggest expense of your trip. You can consider going to another city of the country if you are keen on your budget.